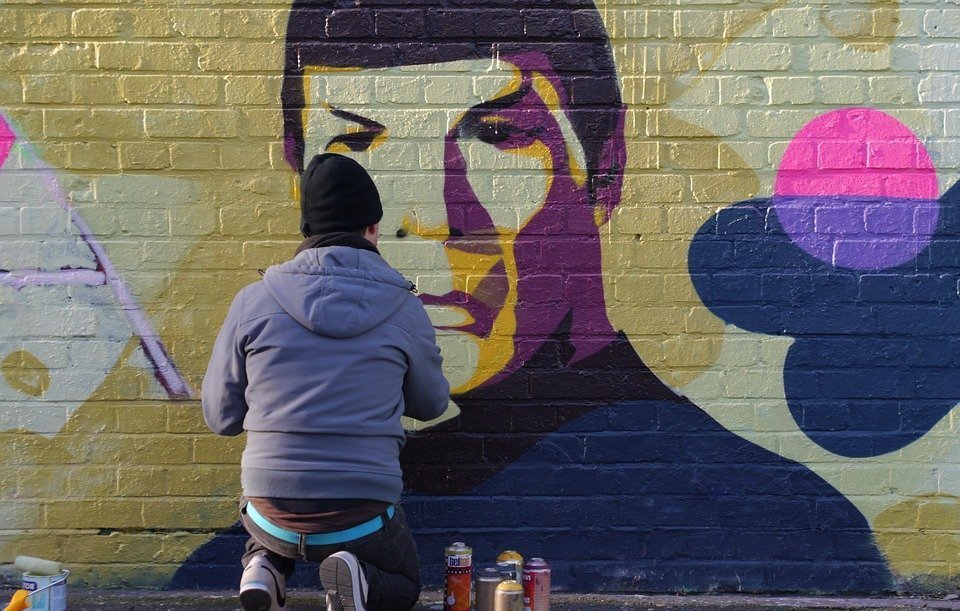 Track your fabric: Feel like a Star Trekker everyday

It’s important how you want to present yourself and what story you want to tell the people around you.

Star Trek  is a franchise that has always celebrated humanity’s potential for tolerance and understanding.

In many ways, it’s succeeded in this ideal – The Original Series was groundbreaking for its portrayal of people from all walks of life coming together to explore the stars, and subsequent series have followed suit over the years.

The fabrics you wear tell a story about you; who you are, what you like and how you see yourself.

We believe that fashion is about feeling great with the looks we love and feeling great about who we are.So why not feel like a true Star Trekker all the time?

First seen with the arrival of Captain Pike (Anson Mount) and his crew in Brother back in January, the gold, red and blue Starfleet costumes marked the third reimagining of the ‘60s-era outfits in Trek production, after two versions of those tunics had been used in the Kelvin Timeline films over the past decade.

Therefore, the most daunting challenge for Star Trek: Discovery was reviving the classic Trek uniforms for the modern era.

The smart fabric that was used was from a Swiss fabric company called Schoeller. The fabric is a four-way stretch (material).

Smart fabrics can sense different environmental conditions and intelligent textiles (e-textiles) can not only sense environmental changes, but can automatically respond to their surroundings or stimuli, such as thermal, chemical or mechanical changes.

Schoeller Textiles specializes in fabrics that’s used mostly for rugged work outdoors and can wick moisture as well as “breathe” and repel water. It can even adjust to temperature changes.

Fun facts about the Discovery uniforms

Let’s have a quick look behind the scenes of the woman behind the making of the Star Trek uniforms and a small little hiccup that occurred during the final rounds of designing— they forgot to put the rank on the uniform.

That was thankfully saved by the marketing team.

Firstly, Gersha Phillips, the show’s busy costume designer was in charge of the costume department.

Gersha Phillips defines Star Trek as the originator of so many technological advances, and many interesting things in terms of keeping the banner going for racial and gender equality.

It’s the only series that depicts the future with this sort of optimistic view.

The costume department in Discovery’s production facility spreads across several rooms. One smallish, cramped-up room is a hodgepodge of costumes, patterns, design books and more. On the walls there are sketches of current and in-the-works costumes.

Secondly, the only thing that didn’t occur in the minds of the designers on time was, that the rank was previously done with pips on the badges. Therefore, when they first shot the first few days of Enterprise uniforms, they forgot to put the rank on.

The team spent a night trying to figure out how to add rank bars on their uniforms.

Then they had to go back and CGI (Computer-generated imagery) the stripes on the days when the team didn’t do it.

In a show filled with dazzling special effects, one of the places where you least expect to find CGI is around a Starfleet officer’s wrist, but if you ask someone aware of that blooper, the answer you’ll get is that it cannot be noticed because in the end it was done right.

It first started with colors. The team was trying to honor The Original Series.

It took several months to come up with the final colors, as the design department and producers contemplated assorted shades and brightness/darkness levels and conducted dye tests.

Star Trek has a long tradition of color-coded uniforms signifying the divisions in which Starfleet personnel serve.

Perhaps most memorably, in The Original Series, Command Division was gold, Science and Medical Divisions were blue, and Operations, Engineering and Security Divisions were red.

The color coding of the Starfleet uniforms on Star Trek: Discovery continues with the metallic badges in the gold, silver and bronze colors of respective divisions. What’s more, these badges display the division insignia as seen on The Original Series: the stylized star for Command, a “ringed planet” for Sciences and a spiral for Operations.

The yellow is called “Harvest Gold,” The blue is called “Denim Blue” and the red is called “Merlot Red”.

Which Starfleet member are you?

Now that you know why the Star Trek: Discovery uniforms have their particular colors, the final question you should ask yourself is: “Which Starfleet member do I want to be?”

Star Trek fans are legendary for making and/or purchasing costumes for cosplaying at events and conventions.

It all depends on how you choose to feel.

You don’t have to wear a costume to feel like a true fan. All you have to do is find the color that inspires you to be the best version of yourself.

“Sometimes a feeling is all we humans have to go on.” James T. Kirk, A Taste of Armageddon.

Living by this statement, ladies and gentlemen, is how you become a future star for command!

The evolution of street style: How it became the ultimate fashion trend

The term “street style” became quite popular in the past few years, but what does it really mean and when did it become a thing?…

Why Italian leather never goes out of style

Leather. We all know what it means. Quality, rich, soft touch, and the smell – oh, that smell!…

The importance of eco-friendly textile industry

Lately, more and more global companies have switched to eco-friendly manufacturing and we can read and hear about environmental industry more than ever these days.…

Track your fabric: Feel like a Star Trekker everyday

When you are a little kid, you don’t think much about what to wear or what fabric your bag or sweatshirt is made of – that’s what moms are for! …

Why You Need An RFID Blocking Bifold Wallet

If you decide to go for bifold wallet, you should definitely consider getting an RFID blocking bifold wallet.…

The Most Stylish Cities in the World

Plenty of cities across the globe are vibrant and extravagant in their unique ways. …

How Technology Is Shaping the Future of Fashion

The idea of combining fashion with high technology has been around for more than 30 years. This is how technology is shaping the future of fashion.…